The 15th edition of the West Coast festival takes place in Oeiras between October 28 and December 17, structuring its schedule between recitals of soloists and reference works of the Baroque period.
The group 'Bach Consort Wien' which is presented for the first time in Portugal, open the festival with the monumental 'Art of Fugue' by Johann Sebastian Bach; concert dedicated to chamber music by Aldrovandini, Bologna composer of the late seventeenth century,by the Ensemble Archipelago; and also the Cantata 'Peace in Europe' by Domingos Bomtempo, heard for the first time with period  instruments by the group ‘Os Músicos do Tejo'.
Website 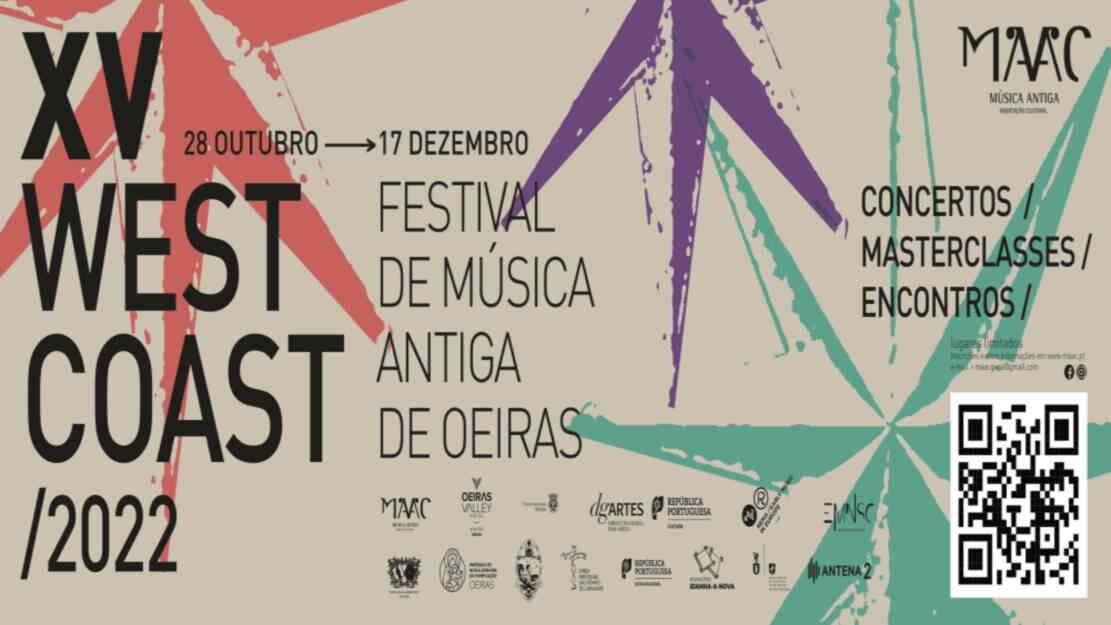